Ashley Bowles
Ashley grew up in the small tourist town of Gananoque, Ontario on the banks of the St. Lawrence River. Real estate was somewhat of a hobby for her family as they were always on the lookout for their next dream home, and many weekends were spent going to open houses. Her love of homes grew as she did, and soon she was off to College in Ottawa where she graduated from the Architecture program at Algonquin College. Soon after graduation, Ashley knew a career in Real Estate was the perfect fit-combining her love of homes and her ease with people. In 2005 Ashley began her Real Estate career with "The McCann Team" at Royal LePage Ottawa.

Searching for a better family life, better weather, and also just for the sake of adventure, she and her husband moved to Vancouver Island in 2013 with their young daughter and big energetic rescue dog. Since arriving in Oceanside the family has grown by 2 more daughters, just adding to the fun!

Ashley's knowledge of house construction provides her with the insight to see beyond the mere cosmetics of a building, to see the structural details beneath. She has a great ability to connect with people from all walks of life with understanding and enthusiasm. She treats her clients as friends and has established many close long-term relationships along the way.

A dedicated dog-lover, she has served on the board of directors for a dog rescue group. In the little spare time she does have, Ashley and her family can be found enjoying Vancouver Islands great outdoors via land or sea. Ashley is thrilled to be living her dream life and working with such an amazing real estate team! 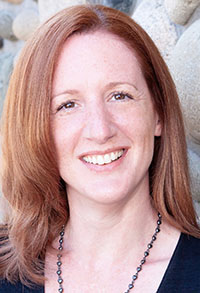 Jody Moore
Jody has strong island roots, born in Nanaimo and raised in Qualicum Beach. She moved to North Vancouver to further her education, working as a successful Family Counselor and Coach for many years. Her time spent supporting her community developed the strong communication skills, ethics, and integrity for which she is known.

Coming from a family where both parents were real estate agents, Jody grew up understanding the commitment necessary to be successful in real estate. Now back in the Oceanside area, she is excited to bring her expertise home and support this great community through her career with Royal LePage. She has an effective combination of island charm and big city tenacity. She likes to win (for her clients) but does so with a calm demeanor and a smile. 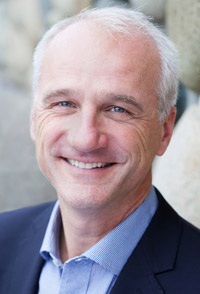 Richard Plowens
After completing College and enjoying his adolescent years in Parksville-Qualicum Beach, Richard ventured east to new horizons. With a passion for discovering all that is different, and a keen interest in learning languages, he embarked on a journey to Montreal. There, he completed his University degree in Business Administration. What turned out to be a relatively quick 3 year educational program turned into a 30 year residence!

Richard's passion for people and his outgoing nature directed him to the Hotel Industry where he applied his skills in Sales and Customer Service with both Four Seasons and Fairmont Hotels. With a desire to be challenged and to 'change things up', he ventured into the Bio-Pharmaceutical Vaccines Industry with Merck, Sanofi Pasteur, and Pfizer. He conducted positions of increasing responsibility in sales, business development and team leadership over the past 18 years.

During this time, he met and married his wife and had a family. This partnership has influenced his appreciation of art, great foods and all that is Nature. They occupy a busy home with Ella, Spencer, Ziggy and Lilly - two English Setters and two cats.

Richard loves to connect with people and brings forward the responsiveness, persistence and discipline needed to assist clients in one of life's most important transactions - that of selling or buying a new home. He has built a reputation as a connector who forges and maintains partnerships founded on integrity; combining a customer-centric approach with high ethical standards and a commitment to delivering the best experience to his clients.

Richard is thrilled to be back in Oceanside working with his sister, Susan, and her team and through his solid experience has made a positive impact on all our clients. 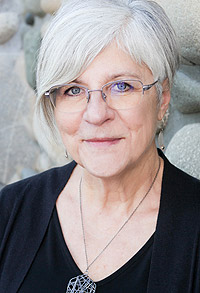 Glenda Gellner
Glenda is originally from the lower mainland where she had worked for many years in accounting for the natural resources industry. She moved to the Island and settled in French Creek with her husband and their two daughters. As empty nesters they moved to Coombs for more space for her husband's hobbies.

She is Susan's aunt and since she had followed Susan in her hospitality career, it was only natural for her to join in real estate as Susan's assistant from the beginning.

Glenda enjoys the administrative and paperwork side of this business, as well as meeting all of the wonderful people we deal with on a daily basis. She says, "Since Susan talked me into getting my real estate license, I am happy to be able to help the other agents on our team as needed and also work with prospective buyers."

In her spare time she enjoys spending time with her family and her four grandchildren, gardening, biking, going for walks, Qigong and especially vacationing at their cabin on the lake. Her yellow lab (Sandi) is an often visitor at the office and her two cats Mo & Morris are always waiting at the door to greet her when she gets home. 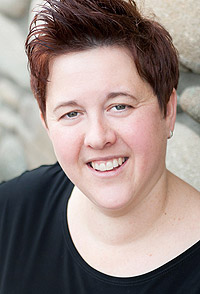 Bianca Filser
Bianca hails from the Allgäu region of Bavaria in Southern Germany. She spent her youth in this popular European year-round holiday destination which is well known for its dramatic landscape, unique regional cuisine and natural beauty. Many know it as home to the infamous “Neuschwanstein Castle” which was made popular through Disney programming and films.

In the mid-nineties, Bianca ventured to Long Island, New York to work as an AuPair and to perfect her English. After a year of scurrying after children and mastering the language of Shakespeare, she returned to school in Germany to complete an Office Assistant Management program.

Eager to speak English on a regular basis and to see new places, Bianca travelled through Western Canada for 5 months where she was intrigued by the difference and beauty of the landscape compared to her home country. Her interest in imagery and creativity lead her to a Photography program in Victoria. She temporarily anchored there, completing school for a couple of years before moving permanently to Nanoose Bay.

Bianca joined Susan in both Life and as a team member in 2004. She has been occupying the role as Lead Photographer and Imaging Guru for our property listings as well as taken on more administrative duties behind the scenes. Sharpness of the eye and quality of production exemplifies Bianca’s work. She is always available to help and keen on getting things that need to be completed, done. Bianca loves to spend her free time with their 2 ‘Girls’ – 2 Golden Retrievers named Riesling & Zinfandel. 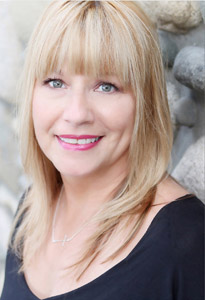 April Quigley
Born in Vancouver and raised in Winnipeg, April studied and worked in the healthcare field before eventually retiring and moving to Vancouver Island in 2009. Practically since the day she arrived in Oceanside, she has worked as a real estate administrator and is excited to continue to work in the industry.

"Being a part of Team Susan Forrest is a dream job for me! My team-mates are fantastic, I really enjoy helping our clients, and I love the fast-paced work environment... there's never a dull moment!"

Among the many talents that April brings to Team Susan Forrest is a consistent determination to get the job done right! Though she may seem quiet and reserved, don't be fooled...beneath the unflappable, focused exterior lies an amazing sense of humor, sincerity and warmth.

April loves to call Oceanside home. When she's not working she enjoys traveling, spending time with family and friends, and exploring our beautiful island! 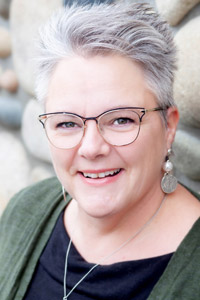 Treena Armitage
Treena was born and raised in Saskatchewan, and has been making her way westward ever since!

After meeting her future hubby, Shawn, in Alberta, the couple moved to Qualicum Beach in 1993 and got married. Eager to see more of the west coast, they lived in Haida Gwaii for awhile, then relocated to Victoria where Treena graduated from the Western Academy of Photography. Eventually the couple moved back to Oceanside in 2000 to start their own businesses and raise a family.

For the past 19 years Treena has worked as a professional photographer for her own company, SeaSide Studios, in addition to starting another business venture - Equine Transport Inc - moving horses to and from BC, AB and the US. With a passion for photography as well as experience in architectural design and graphic arts, Treena brings a unique skill set to Team Susan Forrest.

"I've worked with Team Susan Forrest occasionally over the past few years, and now I'm thrilled to be finally working with Susan on a regular basis!"

In her spare time you'll find Treena riding her horse and enjoying the great outdoors...taking lots of photographs along the way! 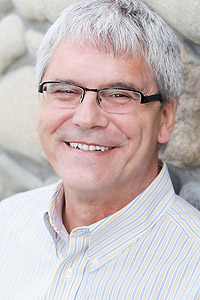 Kerry Voth
Kerry was born in Winnipeg and raised in Calgary, earning a living as a Graphic Arts Designer before moving into the courier industry as a Customer Service Rep. After the turn of the century, he began a life-journey that saw him move first to Vancouver, then Victoria a few years later after meeting his soon-to-be life partner.

"I love the outdoors and nature, and while growing up I spent many weekends camping in the Kananaskis. Once we had settled and bought a home in Victoria, we started camping around the island...first with backpacks and tents, then eventually refurbishing an older motorhome. Eventually we ended up camping at Horne Lake and fell in love with Oceanside, so we decided to move to Nanoose Bay."

It was while looking for a new home that Kerry first met Susan Forrest.

"Susan was, at first, my realtor but quickly became a great friend. In 2008 a position opened up on Team Susan Forrest and she asked me to join. I have never looked back."

His many years of experience as a freelance graphic artist and customer service specialist prepared him well for the position of Team Susan Forrest "Media Guru".